Those will be listed in the "Spells For Each Element" section. Effect Spells: Those usually sacrifice part of their damage for an effect, the bigger the sacrifice, the stronger the effect. Those will be listed in the "Utility Spells" section. Healing Spells: Those recover your HP, it should be noted that they are quite bad in offensive armors and should only be used in defensive ones. Those will be listed in the "Healing Spells" section. Call and Summon spells: Summons a guest does not take a turn to fight by your side guests are powered by CHA , they have an upkeep every turn but are stronger than pets to compensate for it, while the old ones don't have an exact naming pattern, recent spells will have "Call" in their name for SP upkeep ones and "Summon" in their name for MP upkeep ones.

Do note that the term "summon" will be used in this guide for both types of spells, you'll know if the upkeep is SP or MP by the name of the spell or by checking the pedia entry. Those will be listed in the "Guests" section. Shapeshifter Spells won't be listed here since they were explored in the Armors section. Ally Assist Function [] This is not really a spell, it's treated as an "other" by standards, but spells are the closest things to it. There is no limit to how many times you can pay the tokens. Temporary Spells [] Differently from Armors and Weapons, temporary Spells don't take the slot of your No-Drops specially because there are no Spells No-Drops , instead, they take a 9th Spell slot specific only for temporary ones, they usually come from specific items that stay in another inventory slot.

Energy : Dr. Boom , top tier is lv Energy : Eye of Sacragon - The spell comes from the linked Misc, it deals a very small amount of damage, but also inflicts a strong burn that also heals you, this burn can also be stacked with itself for extra damage and heal. Might be useful against enemies with all-round resists, hardly usable otherwise.

Immortal Quest: The Trouble With Mages

Top tier for adventurers is , which can be a bit troublesome for them. HP Healing : Trail Mix - Comes from the Misc Trail Mix , gives a Healing Spell that uses END as the stat, making it not usually recommended, also, the tiers are quite bad, maximum for adventurers is 85 while maximum for guardians is , not a keeper for max levels and even in the mid levels has a little usefulness, it's an option at the very least, but not a highly recommended one.

A good thing for a temporary slot overall, since it gives you a healing spell without needing to carry one in your inventory. It can be a bit hard to find a Sunray though, the best method is to go to places that have a fixed pool of light monsters like attack lucian on paxia defense , still, it might be quite a boring process.

Is Mage Leveling Easy Or Hard?

Guardians can get the top level version by exploding "Queen Raychel the Sunray" either on The Void or The Guardian Arena , which is a lot easier to find. FDAs have uses for both Spells. The way to find Moonrays is almost the same as Sunrays, just go to attack Nocturu on paxia defense. Spells For Each Element [] Damage Spells are largely universal, so I'll usually simply list the options, I'll only make a difference between the playstyles in specific cases where I deem necessary.

Alternatively, FD players may also use the Destruction Burst spell if they don't mind the damage taken, fireball Z is the recommended one because damage that ignores the lean is usually bad for FD, that doesn't really stop you from using the Spell you think is better though. FO players should definitely stick to Whirl Tide though. The built-in water spell from Healing Branch is an alternative for FD players, it's also an efficient Spell, just like Whirlpool.

Wind [] Biggest Fan - MC that attempts to inflict afraid on the enemy. Energy [] Truphma Surge - Nothing special about it.

BE THE FIRST TO KNOW

As with fire, FD players might want to use Destruction Burst instead of Quester's in case they don't mind the damage taken. Guests [] Guests are listed in the Spells section because most of them are summoned by Spells, they have an upkeep, but deal more damage than pets to compensate. Guests usually use CHA as their main stat, this means only builds with high amount of CHA should bother with guests, other builds shouldn't sacrifice their spell slots and SP or MP on guests. This also means that Beastmaster builds have the hardest time fitting the Spells they want in their inventory, since they have to choose between summon, damage, utility and healing.

Summoning a guest does not take a turn. Call Spells [] A basic coverage of Call Spells can be found in the Frogzard Hunter Shop with the Call Zards spells, this should give you a basic coverage of Guests for each element, the ones listed here are other possibilities in case you want something that is not a simple pure damage Guest. Ice : Nezujimbo - Costs a turn to summon it, attacks have a gold cost, but deal extra damage to compensate.

One is pure damage, the other attempts to freeze the enemy. Earth : Mittens - Sacrifices some damage to attempt to paralyze the enemy. There is also a scaling version of this Guest that comes from a temporary Spell, this was already listed on the Temporary Spells section.

Summon Spells [] A basic coverage of Summon Spells can be found in the Frogzard Hunter Part 3 with the Summon Zards spells, this should give you a basic coverage of Guests for each element, the ones listed here are other possibilities in case you want something that is not a simple pure damage Guest. Light : Artix - Light damage guest, can heal you, the chance of using the healing attack increases when your health is smaller, also, has a trigger against undeads technically it's against undead, zombie, doom and necromancer, but i'll say just undead for simplicity which make him have a smaller upkeep and bigger damage.

This guest comes from a the Paladin's Oath misc. Top tier is lv The top tier is lv Mana Spirit Location: Archmage Research spell, obtained in the The Restoration quest - Attacks with random element, receives damage bonus to compensate. Temporary Guests [] Temporary guests take the guest slot and start helping you right away without taking an space in your inventory, they also scale with your level, but have a bigger upkeep to compensate for that.

Most guests leave you when you don't have enough SP to pay their upkeep, only the most recent ones from about actually don't leave when you don't have enough SP for them, making them quite hard to take to bosses without some equipment that regenerates your SP. There are enough temporary guests for each element that can be easily find in the AQ Encyclopedia , I'll only list the ones that have some sort of niche to them, pure damage ones are easy enough to find.

Lastly, as temporary guests have the scaling penalty and are removed if you summon any other guest, they are not recommended to use most of the time, you should be using normal guests instead. They do have their use though. Non-Elemental: Warlic - His attacks always hits with the element the enemy will take the most damage from ele-seeks , has bigger than normal upkeep and also deals less than normal damage to compensate. Non-Elemental: Urtran - Attacks with random element, has a bigger damage to compensate. Specially useful with the Dracomorgrify Spell spell.

Healing Spells [] Healing spells are good for replenishing your HP so that you'll stay alive longer, they are good only on defensive setups, offensive setups have no use to healing.

It's also important to note that potions are a lot stronger than healing Spells, this is intended and won't be changed, potions are meant as a "oops" button and are not taken into account for balance. Sisters of Mercy - SP based healing spell, receives a damage penalty to add a shield that reduces damage taken for 1 turn.

Takes stats from CHA. If you have Burn or Bleed status, it pays some damage to attempt to heal the status.

If you have Poison or Disease status, it pays some damage to attempt to heal the status. Healing Seeds Location: Fern Bully - SP based healing spell, uses CHA for stat, the healing is given as a status and only works at a later turn, can be stacked with itself.

Compression Spells [] Spells have a large array of utility options, not to mention the ones the summon Guests, making compression Spells pretty useful if you want to use the other fun Spells to play with. Utility Spells [] Utility spells are really fun to play around with and there are a plenty of them, i'll divide them into SP and MP to make things easier. Non-Elemental: Cure Poisons Series - A SPell that does not take a turn quickcast , attempts to cure your poison and also make you immune to poison.

Non-Elemental: Purple Rain - Sets a returning point for both you and the monster, when you cast it again none of the casts cost a turn both your and the monster's HP, MP and SP will go back to the amount it was when you had set the returning point, you can only return once per battle but can attempt as many times as you want. The main use of this SPell is to actually inflict your enemies with status aliments and turn back time afterwards, keeping the status, making the infliction free. Fire : Drakonnan's Fury - Costs more MP and works better the less HP you have, attempts to inflict Termal Shock on the enemy, it deals less damage to compensate for the effect.

Top tiers are lv for adventurers and G the entry is says the maximum for guardians is G, but it's outdated. This spell is better than Abominable Assault and should be used instead of it from level onwards. Earth : Carnax Stomp - Attempts to daze the opponent, uses only MC on the effect, so the effect isn't very strong. Top tiers are and G. Top tiers are Level and G. Light : Wyrm Strike Series - A spell that randomly tries to either blind or daze the enemy, pays some damage for the effect.

Non-Elemental: Archmage Research Location: The Restoration - Has 3 effects: can hit the enemy with harm paying a meager amount of HP, damage the opponent MP or summon a pretty strong guest that attacks with random element. Post : 4. Shields [] Shields are usually quite a straightforward piece of gear, you'll mainly want a shield for each element, and if possible, some nice effect as well. No-Drop Shields [] Adventurers start with the Adventurer Shield , which is nothing really special, and also has a flat all-round resist, might be useful against multi-elemental enemies, but it's pretty useless against all the rest, you'll need a compression shield to compensate for it.

Guardians have 3 shield options, all of them follow your no-drop alignment. 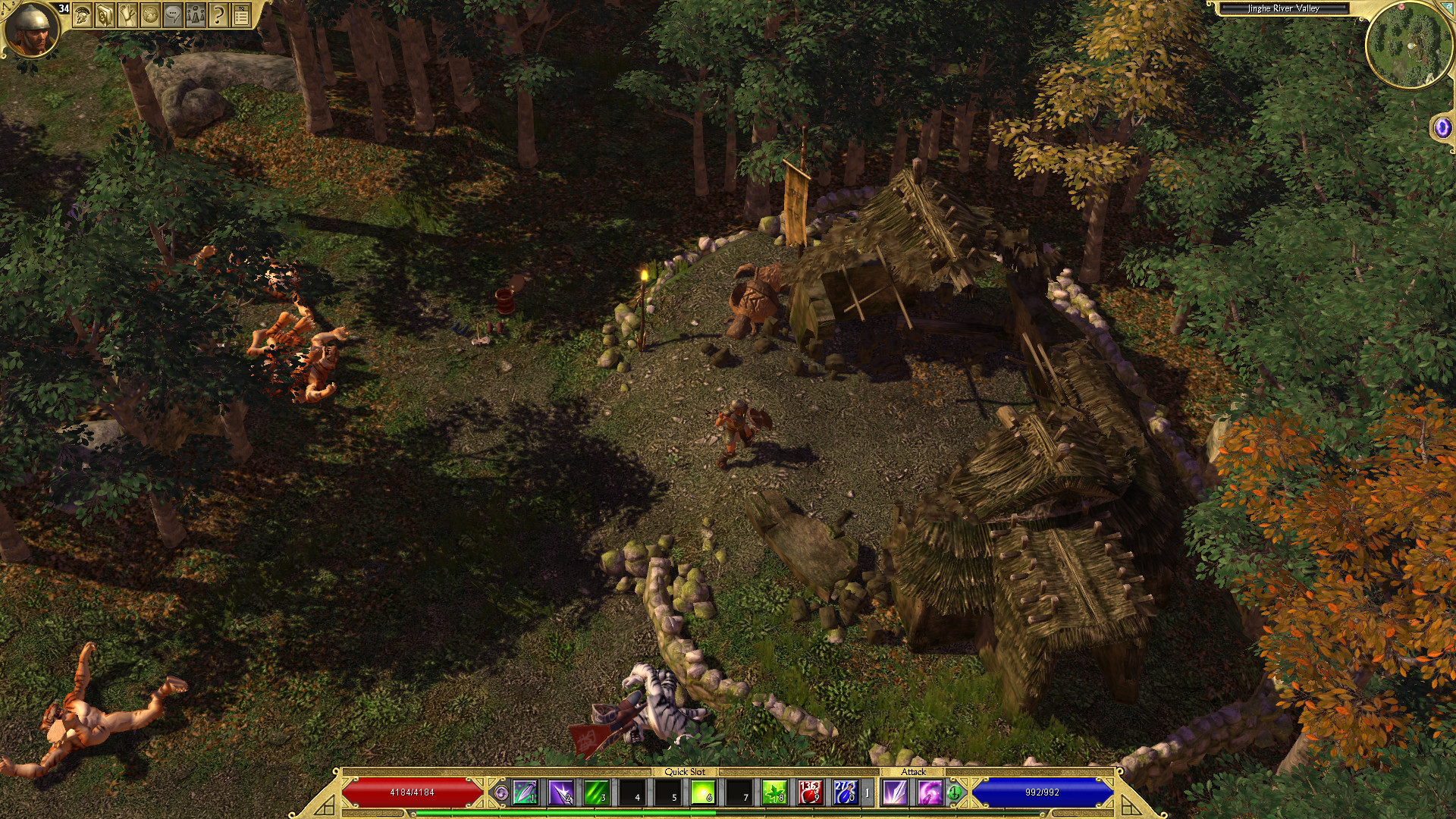 If your no-drop alignment is neutral, they defend equally against all elements. Guardian Shield - Nothing special about this one, and as it doesn't have any special ability, you should change it as soon as possible for one of the other 2 possibilities. Shield of Awe - Increases your blocking during the next turn if the last hit of the enemy connected.